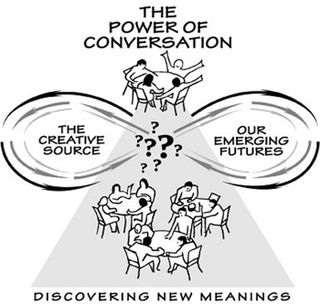 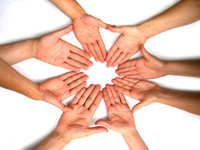 I will be speaking next Tuesday (July 11th) at the monthly meeting of BayCHI, the San Francisco Bay Area Chapter of ACM SIGCHI (Computer Human Interface Special Interest Group), along with Michael H. Goldhaber. The synopsis of my topic is: The Dunbar Number, Unstructured Trust, and Why Groups Don't Scale We are relying increasingly on internet-mediated social software tools for our day-to-day interaction with other people. To design this type of software, we must better understand the psychology and social dynamics of individuals in groups.

In yesterday's All Things Considered, NPR commentator Jake Halpern questions why you feel like you have a relationship with the characters in your favorite TV shows. His answer: "That's because you do." This idea is interesting not just to help us understand how we relate to imaginary characters, but also to correlate with our own understanding of Dunbar Number relationship limits and how they might relate to this concept. In his commentary, Bostonian Jake Halpern considers two academic ideas, "belongingness theory" and "para-social relationships", and how they affect the relationships we develop with television characters.