I've been working on an ambitious list of topics that I'd like to cover over the next year. I offer them to you here so you can have some idea the areas that I am thinking about. Office Architecture for Innovation -- Over the years I've built or converted three offices to my specifications. From this I have learned a number of things about about how to create a productive environment innovation-oriented businesses. 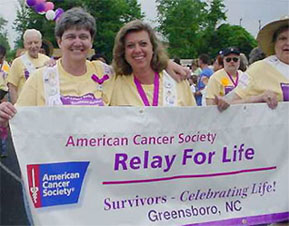 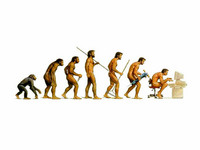 Joe Kraus, one of the co-founders of Excite, and new blogger has long been rumored to be working on a new wiki tool. Today at the Web 2.0 conference Joe finally unveiled JotSpot, a new type of wiki that they have named an "Application Wiki". JotSpot appears to be not only an advanced wiki, but it also moves the predominantly text-based wiki toward being able to handle structured data and web application development.
I keep an eye out for new ideas in Wiki technology (see my post from February Looking at Wiki), and I recently became fascinated by TiddlyWiki. It is sort of a one-page client-only Wiki written completely in Javascript and HTML. Like my EditThisPagePHP, it appears to be an elegant experiment to look into the future of this medium of user-editable content. The key feature of TiddlyWiki is that instead of WikiName links leading to new pages, it displays a new set of microcontent at the top of the current page, pushing your previous content toward the bottom of the page.
A number of my posts have been about integrating different domains of knowledge in order to better understand how human behavior should be incorporated in the design of social software. I found The Dunbar Number in sociology, and both Four Kinds of Privacy and Progressive Trust come from my work in the cryptography field. The topic of this post comes from the field of architecture. In order to provide for Progressive Trust, you need to establish what is known as an "
I believe that as we evolve social software to better serve our needs and the needs of the groups that we are involved in, we need to figure out how to apply an understanding of how human groups behave and work. One useful concept I use I call "Progressive Trust". The basic idea is to model how trust works in the real world, between real people, rather then solely relying on mathematical or cryptographic trust.

I have been leading the design of a new Open Source collaboration tool called EditThisPagePHP, which started six months ago and now is in beta. My goal with EditThisPagePHP attempt to come close to Dave Winer's visionary statement back in May of 1999: When I'm writing for the web, and I'm browsing my own site, every bit of text that I create has a button that says Edit This Page when I view it.
I've been thinking about the nature of privacy a lot lately. I've long been associated with issues of preserving privacy. I helped with anti-Clipper Chip activism in the early 90s and supported various efforts to free cryptography such as PGP and other tools built with RSAREF from export control. However, my efforts in these areas wasn't really focused on privacy -- instead my focus was on issues of trust. I've always tried to be precise here.
As I'm studying social network software right now, I consider it my job to try many of the hundred some odd social networks out there right now. I just joined Zero Degrees, and like many others, it asked me to upload my address book. I've done this before and usually it just finds those who already have joined these networks and links us together. Typically I delete my address book at this point, and don't bother to invite contacts that are not already members of that particular network.
While I've been out attending the SXSW Music, Movie and Interactive Conference there has been a flurry of high-quality postings about Social Networking. Unlike many of my fellow bloggers, I find it difficult to post meaningful blogs while I'm on the road. It has been my policy in my own blog postings to also be "high-signal, low-noise", so normally I don't just post links without solid additional commentary, however, I'm making an exception this time because of the quality and depth of these entries.

Lately I've been noticing the spread of a meme regarding "Dunbar's Number" of 150 that I believe is misunderstanding of his ideas. The Science of Dunbar's Number Dunbar is an anthropologist at the University College of London, who wrote a paper on Co-Evolution Of Neocortex Size, Group Size And Language In Humans where he hypothesizes: ... there is a cognitive limit to the number of individuals with whom any one person can maintain stable relationships, that this limit is a direct function of relative neocortex size, and that this in turn limits group size .
As I head out next week to the RSA Conference I realized that it has been 13 years since I attended the first one. I remember fondly the potential and power of cryptography technology in 1991 -- public keys, digital certificates, new possibilities for privacy, digital cash, etc. After 8 more years I left the compujter security industry on March 15, 1999. The computer security industry also seemed to be filled with as much potential as it did back in 1991.
While at eTech, I attended a number of "social software" sessions. One thing I heard was a persistent call from folk like Marc Canter for all the vendors to support something called FOAF. FOAF is a standard for "Friend of a Friend" files, and is an attempt to make machine readable information about people, groups, companies, and other online resources. In particular, it is focused on representing the information that you might typically put on your personal home page in a form such that meta-data tools can interpret it.
A fascinating series of blog entries shows the promise and peril of social software and Blogs as a medium in a male-dominated technocracy: In misbehaving.net: "sexist jokes and Orkut invites", Dana Boyd writes:When i received this note, i simultaneously recognized the intended joke and felt the shudder of being so blatantly seen as an object.At Radio Free Blogistan: "This social software stuff is tricky" Christian Crumlish apologizes:In my mind, I was cracking on the phenomenon of me being linked to so many other men.
I have now had CEOs of three different social networks send me emails asking me to compare Orkut to their service. I've not had a chance to dig deeply into good answers for each specific one, but I did have some general advice that I wanted to offer given my recent experiences with Orkut.com, and my evaluation and followup on various social networking services in December. Privacy First, be extremely careful about privacy issues.
I've not just been spending time looking at social networking services, I've also been digging deeper into wiki. I've still got more to go, but some of these will be of interest to you if you are considering implementing a wiki for your community, or if you are a wiki developer. Zwiki is based on Zope, and thus has a very interesting feature set. One of the more popular features is the topic mappings that it creates.